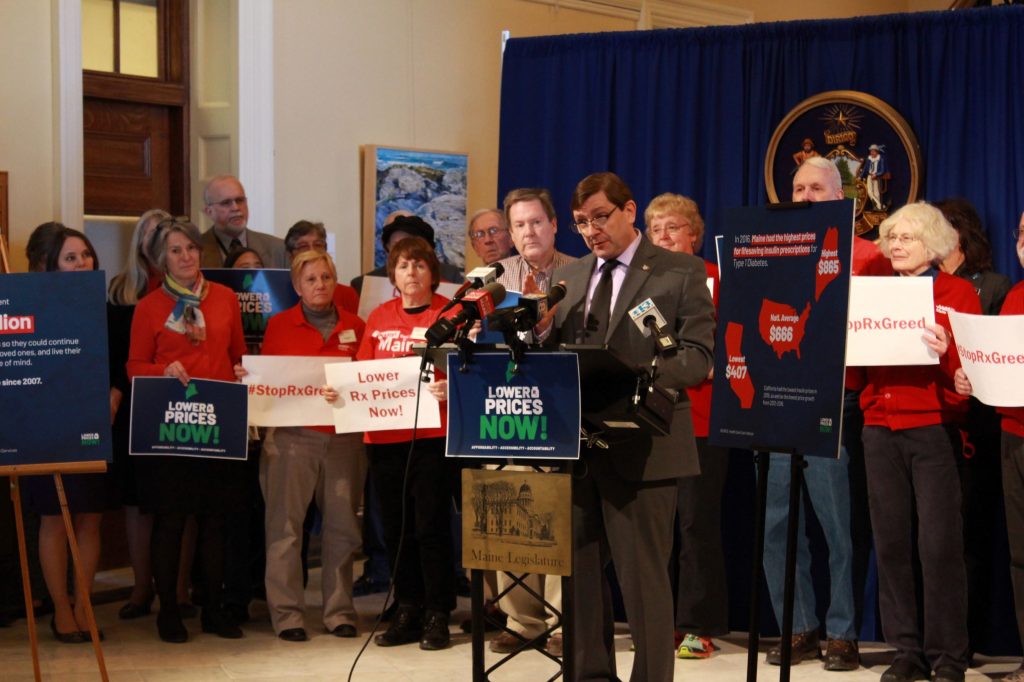 AUGUSTA — Maine has earned an “A” grade for drug price transparency laws – one of only two states in the country to receive this grade – in the 2020 Report Card on State Price Transparency Laws, which was released earlier this month. Recent laws –  introduced by Senate President Troy Jackson, D-Allagash, Assistant Senate Majority Leader Eloise Vitelli, D-Arrowsic, and Sen. Heather Sanborn, D-Portland – that led to these high marks include a suite of bold prescription drug reform proposals aimed at lowering costs, improving availability, increasing transparency, and holding both drug companies and pharmacy benefit managers accountable.

“The price of prescription drugs in this country is practically criminal. When hardworking Mainers have to choose between their life-saving medication and putting food on the table, we have a problem. In Maine, we grew tired of waiting for Congress to act so we took it upon ourselves,” said President Jackson. “We took on ‘Big Pharma’ and won. I hope other states will follow our lead and do the same.”

Prescription drug reform has been a top priority for Senate Democrats for the better part of a decade. In 2017, the Maine Legislature passed legislation from Sen. Vitelli, which directed the Maine Health Data Organization to collect and report on the 25 prescription drugs that are the most frequently prescribed in the state, the most costly, and have the highest year-over-year increase in total spending.

“For too long the prescription drug industry has operated in secrecy, while the price of prescription drugs has skyrocketed to unbelievable heights. People are desperate for relief, but without knowing what is driving these high prices, it’s hard for lawmakers to rein in prices,” said Sen. Vitelli. “In Maine, we decided that people deserve better. We’ve passed aggressive drug price transparency laws so we can understand what is causing these spikes and pass laws to lower costs.”

The report card is issued by the Catalyst for Payment Reform and the Source on Healthcare Price and Competition, at the University of California Hastings College of Law. States are evaluated on the following criteria:

“Lifesaving prescription medication is worthless if you can’t afford it. Yet, almost every day, Maine people come before the Health Coverage, Insurance and Financial Services Committee to share heartbreaking stories about skipping doses because they can’t afford their medication,” said Sen. Sanborn, Senate Chair of the Committee. “This is unacceptable. In Maine, we’ve sought to lower the cost of medication by attacking this problem from every angle. Although our work isn’t done, I’m proud that Maine has become a leader on this critical issue.”

In the U.S., one in four Americans struggles to pay for their prescription medication while one in ten Americans do not take their medicine as prescribed to stay afloat. According to the AARP Public Policy Institute, last year, retail prices for 267 brand name prescription drugs widely used by older adults increased by an average of 5.8 percent – more than double the rate of general inflation.