Troy Jackson is a
fifth-generation logger from Allagash

He’s the son of a logger and a public school teacher, who never imagined he would end up in politics, let alone be selected to serve as President of the Maine Senate by his peers in the Legislature. ​​

Growing up, Troy always knew he would follow his father’s footsteps to work in the Maine woods. In fact, he often tagged along with his father to the logging camps and other meetups. 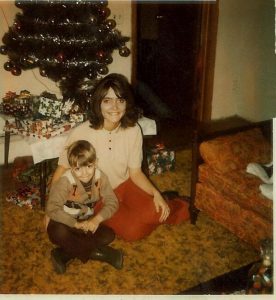 You don’t go into logging for an easy payout. The hours are long, the conditions are tough and it’s physically demanding.

But like most Mainers, Troy wasn’t looking for an easy payout. He was looking to work hard, earn enough to make ends meet and eventually provide for his family. It’s just what Mainers do. But it wasn’t that simple.

In the logging industry, large landowners hold all the power over the loggers and wood haulers. They control their hours, wages, ability to communicate with one another, and ultimately their workers’ lives. These greedy corporations squeeze loggers for everything they’ve got and it’s impossible to ever get ahead.

In 1981, Troy went with his father to a strike at the High Landing to protest a massive wage cut. He remembers standing behind his father when the landowner got out of his car and told all the workers that if they didn’t go back to work tomorrow, they would all be replaced with Canadians.

There was no conversation. No attempt to understand the workers’ position. And no explanation for the wage cut.

However, it wasn’t until he was working in the woods himself and had a family of his own that Troy stopped accepting the way things were and started thinking about the way things should be. He thought of what it must have been like for his father, who was trying to fight for what he deserved, only to be belittled in front of his son. 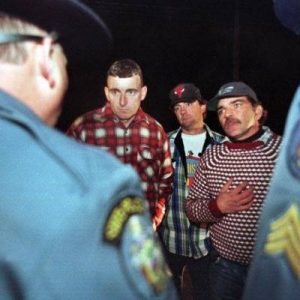 In 1998, Troy stood shoulder-to-should with his logging brothers and sisters blocking the Quebec border. He turned five generations of feeling powerless, left behind and overlooked, into action.

He did this to send a message to elected officials in Washington and Augusta that working people deserved a voice; they deserved better than the status quo.

It was this moment that launched him into politics, where he has repeatedly spoken truth to power and put Maine people before profit.

Troy with his mom.

At eleven years old, Troy could understand that the man who held all the power was making all the decisions without giving any thought to the workers.

Troy (center) with Stacy Kelly and Hilton Hafford during the 1998 border blockade.

Troy ran for office to give every day, working people a voice in their lives and in their government.

In the Legislature, he has never forgotten where he came from or who he was there to represent.

In Augusta, Troy has emerged as a health care champion, spearheading legislation to lower the cost of prescription drugs, increase access to care and fund rural hospitals. He has fought for property tax relief so hardworking Mainers can afford to stay in their homes and communities. He has led the charge to protect workers’ rights and worked to promote good-paying jobs in rural Maine.

At the start of his first term as Senate President, Troy challenged his colleagues not to let what makes the Senate Chamber so strong — the diversity of backgrounds, experiences, and identities — become its greatest weakness. He urged his peers to join him in showing the people of Maine what government can and should be, vowing to leave the state stronger than he found it.

Troy lives in Allagash with his partner, Lana Pelletier. They have two adult sons, Chace and Camden.